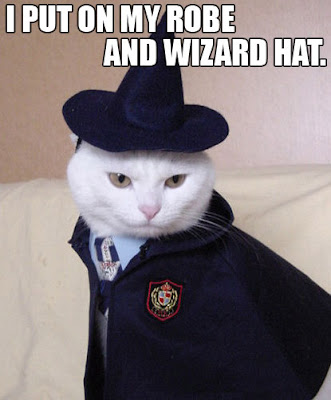 I misled you. This isn't about roleplaying in World of Warcraft in the sense that you think.
It's about...
Playing your role. In a dungeon group. (Cuz this is the Dungeon Runner, get it? GET IT?! HAHA! ...yeah, that was weak.)
A typical World of Warcraft five player dungeon group will be composed of one tank, one healer, and three damage dealers, often shorthanded to "dps" - an acronym meaning "Damage per second."

A brief run down of the three roles.

The Tank's role in a group is, in short, to piss off every monster SO MUCH that they ignore the people/elves/dwarves/draenei/cows in dresses and hit the person/orc/troll/zombie in front of them as much as they can.

This is the most important member of your group.

The Healer's role is to make sure that people stay alive - not at full life, alive.

The tank is usually the biggest recipient of these magical heal-y talents, because of their role (see above RE: angering monsters) - though, the remainder of the party will need healing once in a while! ESPECIALLY themselves! "Physician, heal thyself!"

This is the most important member of your group.

DPS has been described as "A sprint" - you're going to play fast and hard and occasionally piss things off more than your tank, and you're successful if the boss dies.

Occasionally people will link "Damage Per Second" meters to show you how awesome they are for doing SO MUCH DAMAGE, but these people usually die within the first two or three seconds of a five minute fight, so... it inspires a wonderful trailing off.

These are the most important members of your group.

And that is absolutely correct! Because without each other's contributions, you will not succeed!

Folks, I am talking about the word "Teamwork."

Except, sometimes, there are challenges that are bigger than you can handle on your own. So you get four of your closest friends together, and you set out to conquer the monsters!

Team work is NOT every one selflessly giving to a group's mission, though, many who speak of team work would want you to think this. 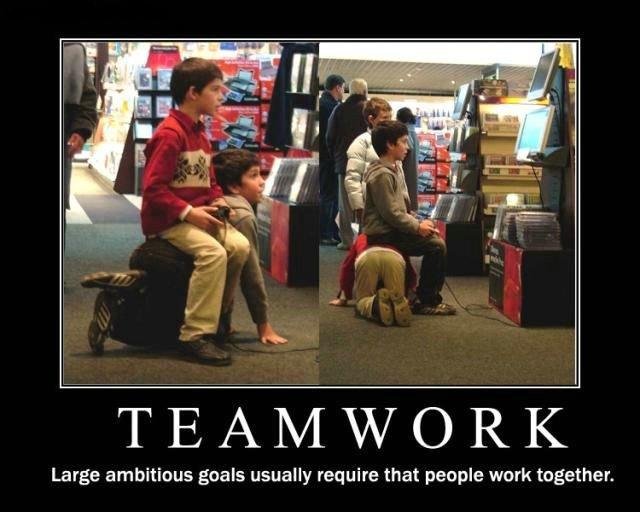 What we're speaking of, is a group of people, loosely tied together for a single common goal - they may share this larger goal (killing Internet Dragons), while having smaller, more personal goals (collect loot).

Every person's contributions add to the success of the greater whole - and it's why it's so notable when someone decides to NOT play their role. It's not a matter of whether or not it's helping the group, it's a matter of your goals working DIRECTLY OPPOSING to the overarching, common goal: instead of "Killing the Internet Dragon" you are doing things that hinder the group!

The purpose of a "Massively Multiplayer Online Role Playing Game" is that you have to cooperate with other players to accomplish these goals - and that working in opposition is what offends and upsets people.

What can we do about this though? How can we influence this change, to the better?

Through calm, through rationality, through decency.

You know and understand... that we're all in this together.

Killing Internet Dragons.
Posted by Snack at 9:00 AM