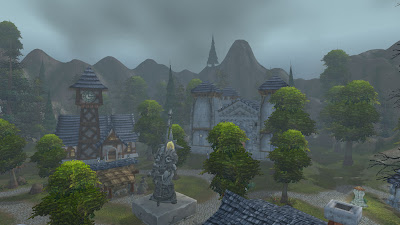 She sat by candle light, the weighty tome open in front of her. Her fingers trail over the pages, reading aloud. "Esarus thar no'Darador'," her voice echoes in the quiet, and with a smile she speaks again, whispering, "By Blood and Honor, We Serve."