Rambling on a theme

Before I start rambling in a jumble of half-formed thoughts, I would like to start by directing you to this latest post on the Flavor Text Lore blog, "Failure, Challenge, and the Decline of WoW" - while a lot of people might be quick to point and say it's a familiar argument made by people who play Warcraft at a much higher level than the average player, they do themselves the disservice of realizing Hamlet and Perculia give probably the most intelligent dissertation on "fun" and "engaging" gameplay short of David Sirlin's dissertations on Street Fighter 2.

There is a good counter point to be made here in regards to their article; I am not the writer to make that argument, nor do I have the complete thoughts to do the argument a shade of the justice it deserves.

Instead, I want to move down another train of thought; to talk about what is fun, because I do feel pretty confident in being able to illustrate what I think is fun, and hopefully, to tie back to the Flavor Text post, I can illustrate an idea that I've been rolling around for a few weeks:

Let's agree to a single conceit before we move any further on this point: Overcoming challenges is fun.

You play a video game because you want a challenge. Everything extra that you do in a video game is compulsory.

Now that you and I agree, "We like to be challenged" we can riff a little. We have an even ground. We don't care what the challenge is, we like to beat stuff. We play a game and like to be able to point to whatever we've done and say "I completed this. For me."


I can talk a little bit about what I do, how I play video games, and chase my fun. I am a Guild Manager for Waypoint (US-Medivh Ally), I am a raid leader for our team (currently 6/7 in regular Firelands) and we progress at our own pace, and occasionally frustrate myself worrying entirely too much about WoW in general.

Before all that, I grew up with video games; playing video games with my Dad has given a lot of happy memories, where we'd spend hours playing Super Mario or the Legend of Zelda - I'd played a lot of video games, and we even had a Commodore to play other games, such as Oregon Trail.

I tell you this, because I don't remember when the hell I found Wizardry.

I knew I got lost. A lot. So I knew I needed some way to get around, to know how I got places. I needed a map.

Quite a few years later, I found Etrian Odyssey.

Etrian Odyssey is a lot of things, but my favorite quote, from Penny Arcade's Tycho Brahe, is that "Etrian Odyssey has one difficulty, and that difficulty is Motherfucker."

It is a brutally hard game, and for players of newer RPGs, it may seem antiquated. Dated. Made for a forgotten time. In the first game, NPCs warn you of dangerous monsters known as F.O.E.'s, and warn you to give caution, to avoid them when you can - that discretion is the better part of valor.

Many players, full of confidence in their brave party of adventurers, and eager to show those NPCs whats up, will charge headlong into battle...


Youtube's aspect ratio cuts off the subtitles, I'm sorry. Though, through memetic mutation, if it's worth writing songs about, you can realize that the FOE monster is very much something to be watched for, avoided, fled from. Also if you wind up in battle with an FOE about, you need to end it FAST or the FOE will join in. (Even in boss battles, FOE!)

What does the FOE look like in battle? Well... 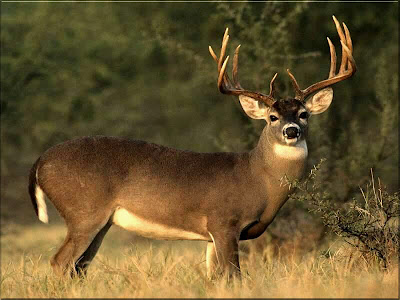 Those are the eyes of a killer.

I could very easily talk about Etrian Odyssey for hours and hours and hours; it's a game I've been able to set down and pick up frequently, otften. The difficulty curve is less a curve and more a number of 90 degree angles doubling back on itself like an MC Escher work; but still I enjoy it.

I enjoy it because of it's masochistic difficulty, because the exploration of lush, rich environments does a lot to engross me beyond the gameplay, it's an easy game for me to lose myself in. 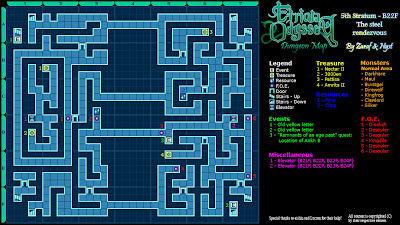 But, to get off my fanaticism here and tie this back to the Flavor Text blog post, I thought about what I find to be fun. How I define fun, myself, how I chase it.

Let's double back onto the WoW stuff I mentioned earlier, the point of being a raid leader and a guild manager; but beyond that, what I enjoy most of WoW? I like to raid.

Raiding is end game content - you get to the maximum level, and what is there to do? Reputation grinds, questing, and so on and so forth.

Or, if you've grown up playing JRPGs, you tackle bonus content before killing the final boss; where the bonus bosses are often harder, require more preparation or just plain cussed determination to kill than the story boss. (Never mind the logistics of why this storyline unimportant boss is more dangerous than the being trying to end the world.)

Raiding is optional. Plenty of players can and have enjoyed WoW in its time without setting foot in a raid while it was "current end game content," but that it's viable to choose to never raid is what needs to be brought forth, and the purpose of the Flavor Text blog post that I keep referring back to is that there has to be a challenge somewhere in a video game.

Because overcoming a challenge is fun, remember?

This is what the Flavor Text Lore blog post referred to, what Perculia and Hamlet wrote out; not that there is no challenge in World of Warcraft - but that the challenges are unrewarding to accomplish if you aren't eager to chase into raiding.

The single player challenges don't offer many lessons to apply in a group environment.

Ultimately, it is up to the player to decide where they want to find their challenges. Open ended video games with no set finish, or cessation generally end when a player is done finding fun in them.

This is what I believe about fun in video games, for now at least.
Posted by Snack at 9:26 AM